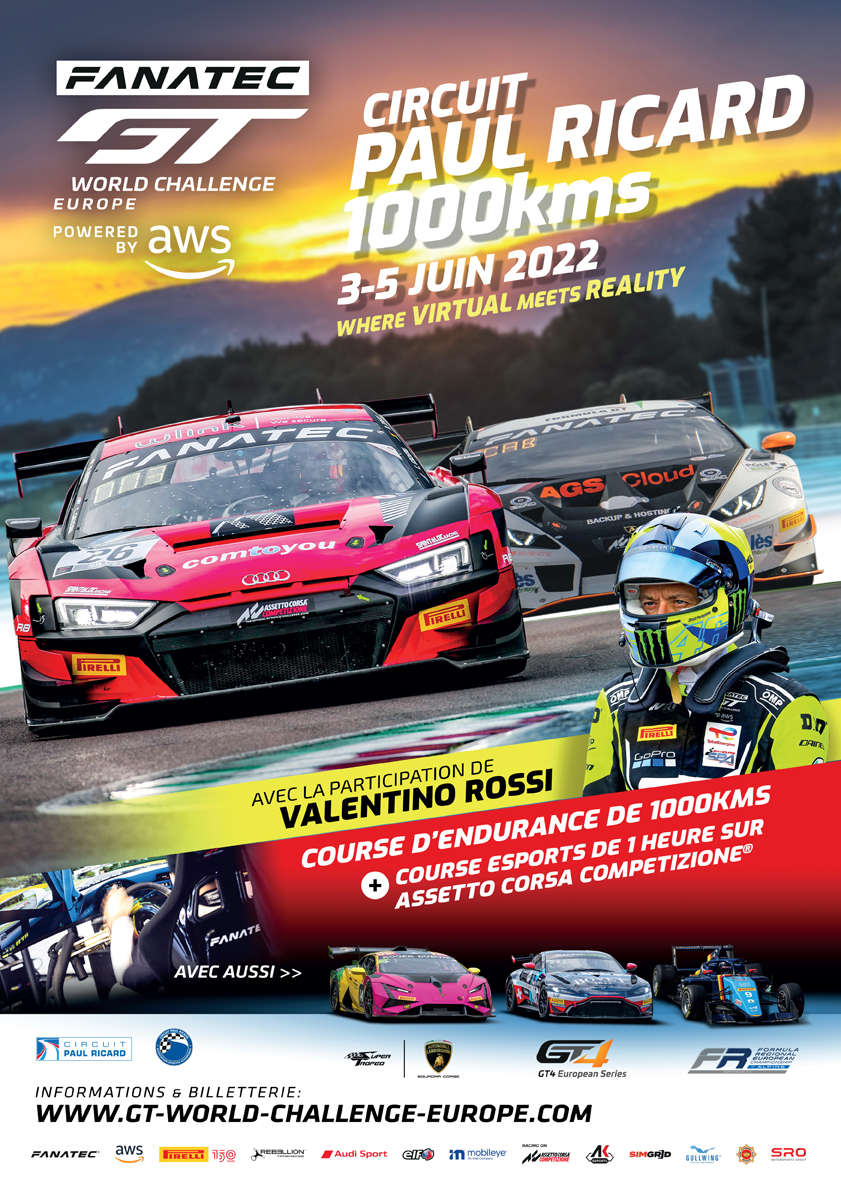 FanatecGT World Challenge Powered by AWS is an international championship organised by SRO Motorsports Group in which leading manufacturers compete through their customer racing programmes.

First launched in 2019, the concept unites three existing continental series to create a comprehensive global platform. While each retains its own identity, there is the added excitement of a contest between major manufacturers.

This year’s expanded schedule will see 12 rounds staged under the Fanatec GT World Challenge Europe Powered by AWS banner. Previously known as the Blancpain GT Series, the category is the global leader in customer GT3 racing, featuring a calendar split equally between the long-distance Endurance Cup and the short-format Sprint Cup. Overall, Pro-Am, Silver Cup and Am Cup titles are up for grabs in each, while points also count toward the combined GT World Challenge Europe championship.

Valentino Rossi, the Moto GP Champion, will be on the grid of this incredible race.